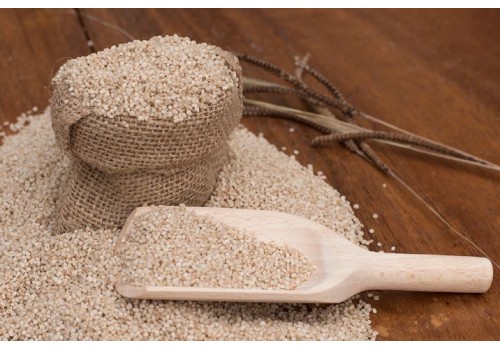 Kodo millet cooks fast and is incredible substitute for rice. It can be cooked like rice.

• It can be used in the preparation of Upma with vegetables, dosa, idli, adai.

• It can also be used to make desserts - Kodo millet payasam, Sheera.

• It can used to prepare snacks - Kodo millet chakli, biscuits.

• It can also be used as animal fodder for cattle, goats and poultry.

• Prevents rise in triglycerides and cholesterol.

Hindi: Kodra; Tamil: Varagu; Telugu: Arikelu; Kannada: Harka
Want to replace rice with a healthy grain in your meal? Harka, Kodo Millet (Paspalumscrobiculatum) can be a great substitute to rice. Kodo millet is an annual grain primarily grown in India . It was domesticated 3000 years ago in India. It can be grown in extreme drought conditions and stony soil. Kodo millet in Bangalore has become major rage. Kodo millets have a hard cellulosic husk layer which cannot be digested by humans. Removing this husk layer is a major task in processing kodo millets. The husk is removed either by manually pounding the millets or by using strong grinding mill. Kodo millet is rich in fibre, proteins, vitamins and minerals. It also contains polyphenols (antimicrobial) and antioxidants, all of which help to maintain a healthy lifestyle. It is easy to digest and gluten free. Due to its high nutritional value, kodo millet can replace rice in the regular diet. With Jivabhumi, kodo millet is available online as well.
Tags: Millet
Related Products
QUICKVIEW