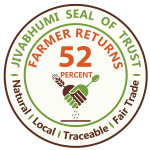 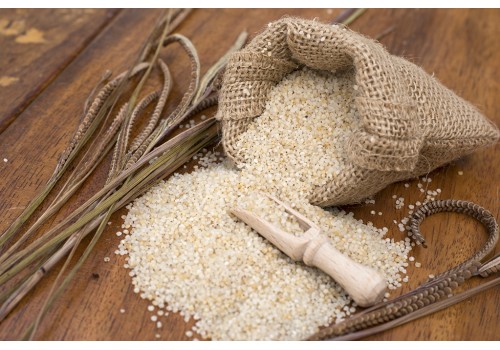 
Add to Wish List Compare this Product
CERTIFICATIONS
Barnyard Millet - Un Polished (Oodhalu,Kudiraivali) 5 1
1 reviews  |  Write a review
DescriptionReviews (1)
Hindi: Jhangora; Tamil: Kuthiravaali; Telugu: Odalu; Kannada: Oodhalu, Bengali: Shyama
Millets – the super crop of our ancestors. Barnyard millet (Oodhalu) is a fast growing cereal. It is grown in less fertile lands where other crops cannot be cultivated. It is a staple food for some communities in India where it is consumed during religious fasting. Therefore, Barnyard Millet in Bangalore has a high availability. Barnyard millets have a hard husk layer which is difficult to digest for humans. This husk layer is removed either by pounding or by using grinding machine. Barnyard Millet is a fair source of protein, which is highly digestible and is an excellent source of dietary fibre with good amounts of soluble  and insoluble fractions. The carbohydrate content is low and slowly digestible. According to research, consumption of the barnyard millet recorded lowest blood glucose, serum cholesterol and triglycerides compared to other millets. With its growing popularity, there are many Barnyard Millet online stores rapidly opening.
Tags: Millet
Related Products
QUICKVIEW